The main reason for the decline of species worldwide is the loss of habitat.

Poaching is also a huge impact.

“To rehabilitate forest and provide a sanctuary for wildlife was a tiny gesture, but a huge undertaking, to at least do something, however small it may be.” 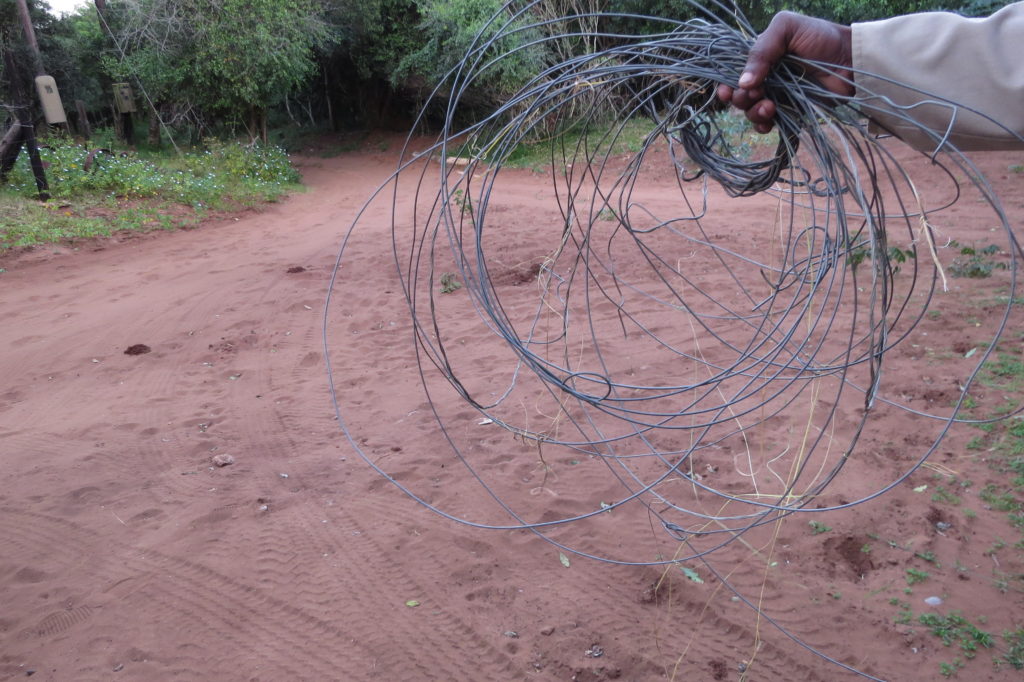 Snares that we retrieved

Our challenge to prevent poaching

One of the most daunting tasks we have is to protect the wildlife in/around our reserve by preventing poaching.

Sadly this cruel and illegal activity is always a threat as not only are syndicates moving South from Northern Parts of Southern Africa, but local bush meat is always been seen as a free type of commodity. The bush meat trade is one of the main reasons that very little wild still remain outside formally protected wildlife reserves and sanctuaries.

As we provide a flourishing habitat to an abundance of wildlife, including rare and protected species.

To prevent poaching we have had to erect security fencing, employ night watchmen and have scouting patrols to ensure that no snares are set should a poacher somehow manage to enter our Forest Sanctuary.  Regular hikes and checks are also done by Janet and her team of workers.  We also reach out to the local communities to encourage them to take ownership of the responsibility of protecting this natural heritage in the surrounding areas.

We urgently need support to help us optimize our Anti Poaching Units (APU) efforts! Your help will ensure that future poaching is prevented.

The following is some of the areas of support needed: 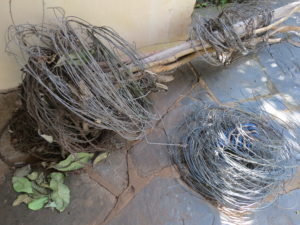 Wire snares removed from the Forest over the years

Our last known poaching occurred in March 2018 – April 2018 but we cannot relax our guard at any time. 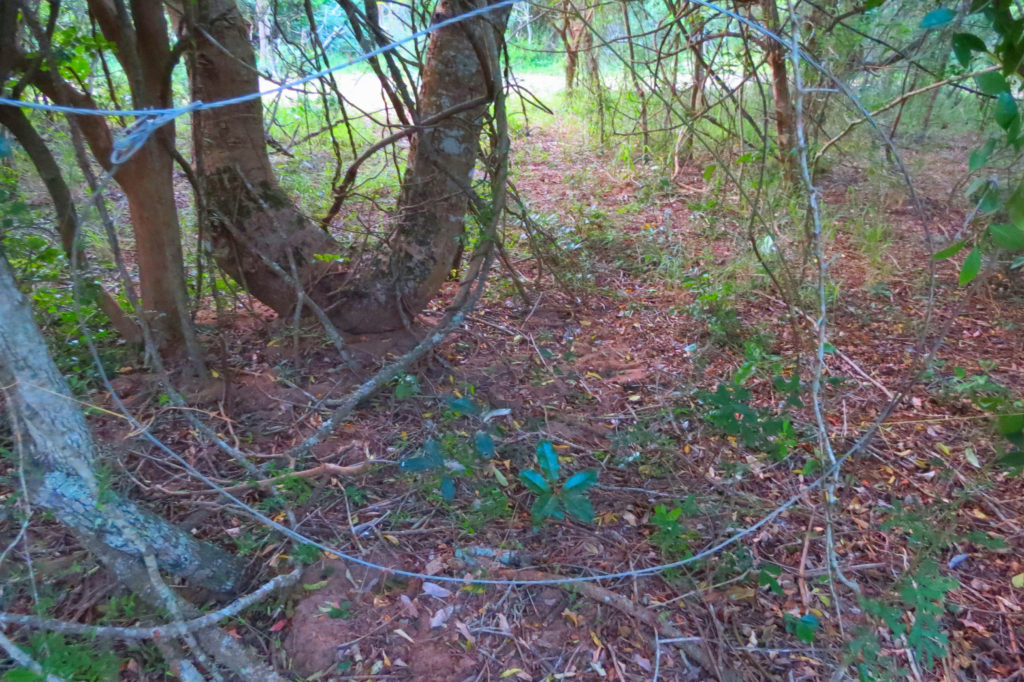 A cable snare discovered in our Forest

We can never relax our guard

In April 2018  we were checking our Sanctuary when we noticed some of the wildebeest were missing. We found our territorial Bull but he had a snare around his neck. We feared the worst for the rest of the herd. Soon we found the signs of the poaching that had taken place. 4 of our Beautiful wildebeest females had been snared, killed and taken off the property. The remains were partially buried but a head of one of the calves that had been a special little girl, as she was an orphan, was left lying in the bush. It was traumatic and like every poaching event heart rendering.

A few weeks later, the poachers returned again but this time our night watchman picked up their trail and we were able to remove about 30 snares that they had set. 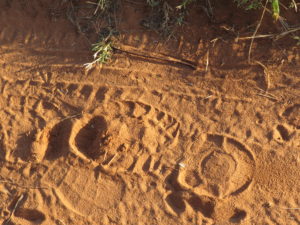 A game trail is typically identified by a poacher that then places branches to lead the animals into and down the pathway that the animal is familiar with.  Any gaps are closed off with more branches so that they dont run out of the pathway. Wire nooses that are difficult for the animals to see, are hung from trees and bushes. They get caught by their necks or legs by the wire cable and suffer a very painful, slow death. Lucky ones break free.

Should an animal that is snared break free or still be alive, we have to bring a veterinary surgeon to our Sanctuary, to dart it with an anaesthetic to immobilize it so that the snare can be removed. This is one of the costs we have that must be met by our emergency medical fund. 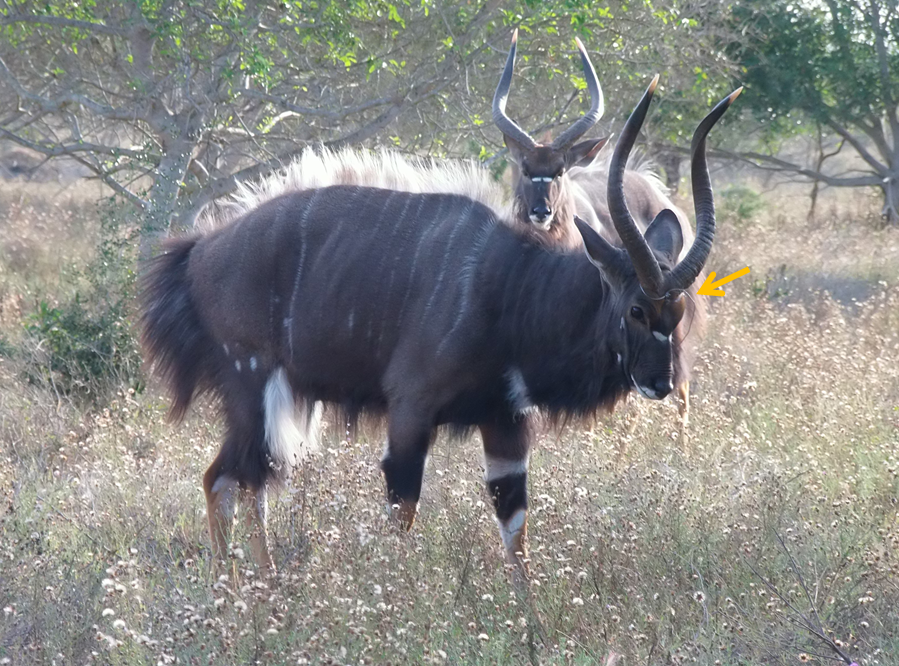 A Nyala with a snare after it managed to break free 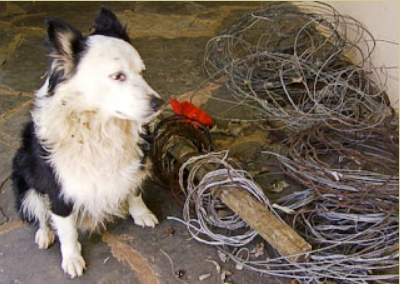 Billy was an excellent tracker – he helped us find many snares

In these challenging times, we wish you and your loved ones, health, and safety